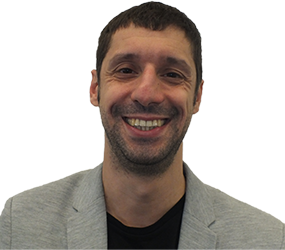 Paolo Burgio got a M.S. degree in Computer Engineering from the University of Bologna in 2007, and a Ph.D in Electronics Engineering jointly between the University of Bologna and the University of Southern-Brittany, in 2013. His research topics are next-generation systems such as heterogeneous many-cores and GP-GPUs, compilers, programming models, and parallel software. Since 2014 he joined HiPeRT at Univ. of Modena where he currently coordinating the projects on autonomous driving systems. Like most of the italians, he has a special interest in football.